The Broadway Project is a photo documentary that narrates the stories of residents in South Central Los Angeles. The work is motivated by the testimonies and history of 3rd, second and first-generation African Americans and Latinos living on Broadway. In learning and exploring the accounts of these individuals, we find the in-depth climate of trauma, addiction, and resilience. The Broadway Project is an attempt to highlight the stories of these dynamic residents by documenting the history, changes, and its relationship to their neighborhoods.

The inspiration for the project came to me after reading “City of Quartz” by Mike Davis. In the book, he vividly describes Los Angeles County through the history of the people that have shaped the city. In the project, I attempted to take a discovery investigative approach to history and document this iconic street. I intended to photograph the neighborhoods, by walking through one of the oldest streets in town (built in the 19th century) approximately 18 miles in length from north to south. In the process so far, one particular area of Broadway caught my attention, due to its demographics and characteristics; beginning my four-year documentation of the street. 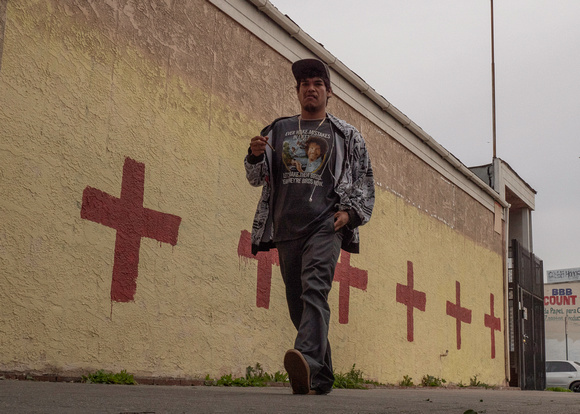 Resident with a bluntSince the legalization of marijuana in California, Broadway has seen many dispensaries pop-up on every other corner. Many dispensary only last about a month before they are taken down or move.

Between north of Imperial and south of Florence on Broadway, is a community of black and brown residents in South Central District 9 and 8. These communities have created a vibrant multi-cultural environment that is purely black and brown, truly South Central. While black residents are moving out to the suburbs, others are being displaced due to anti-black policies such as gentrification. Equally important are the Latinos who migrated to South LA because of civil war in their homeland– they are economic refugees looking for a better place for their families, as they make Los Angeles their home. Regardless of the circumstances, both communities confront the same hardships– the homelessness crisis with a lack of initiatives from their city council members, there is a landscape of violence impacting students, commuters and residents and both black and brown residents live in the hub where heroin is accessible.

While these issues are not new to any U.S. city, the Broadway Project empowers the strength of residents who have not benefited from any community investment, yet continue to find the means to heal and grow. Through all the challenges these residents face, there is still resilience and beauty built through shared experience. 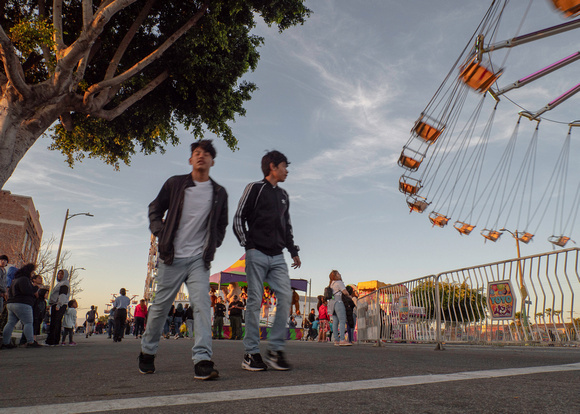 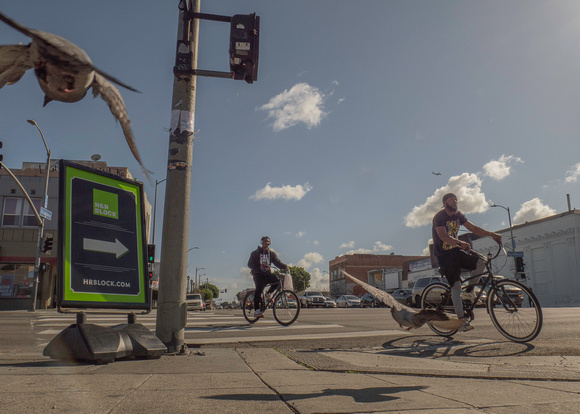 Two cyclist, two pigeons.Cycling is a means for transportation in South Central. 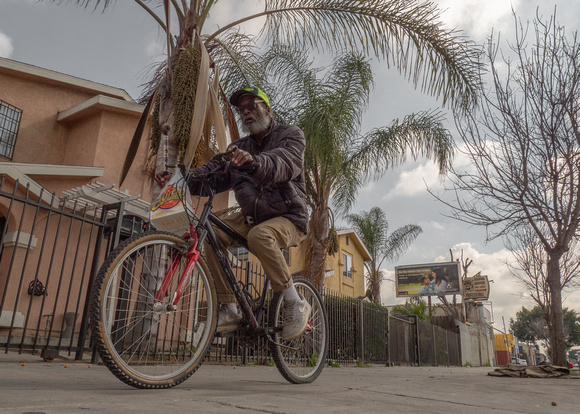 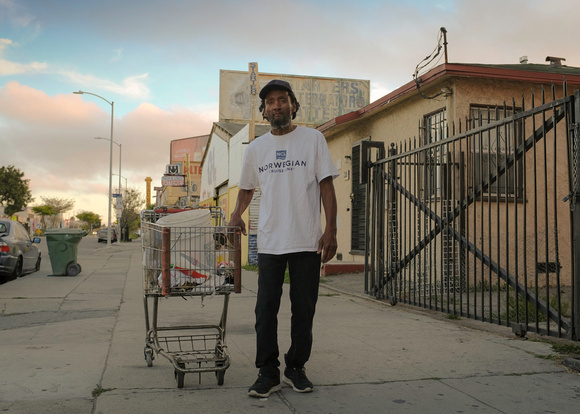 OGOG is a homeless veteran who does handyman work in the community. Before moving to Broadway he was cast in a Movie called Imperial Dreams. 2017 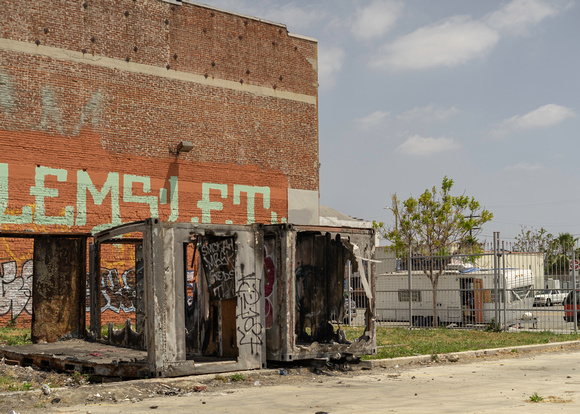 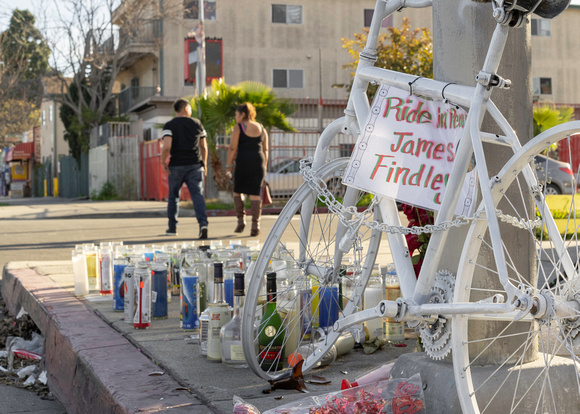 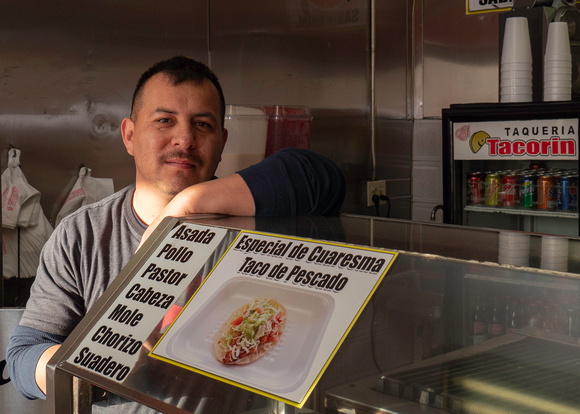 Fernando Fernando is the owner of Tacorin, a known restaurant for its hand made tortillas. 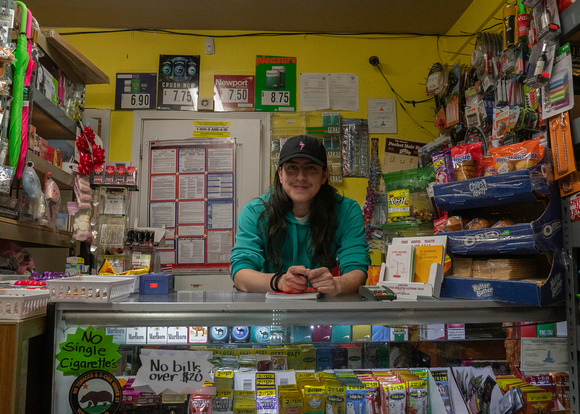 ChrisChris is an employee of AV Mini market. 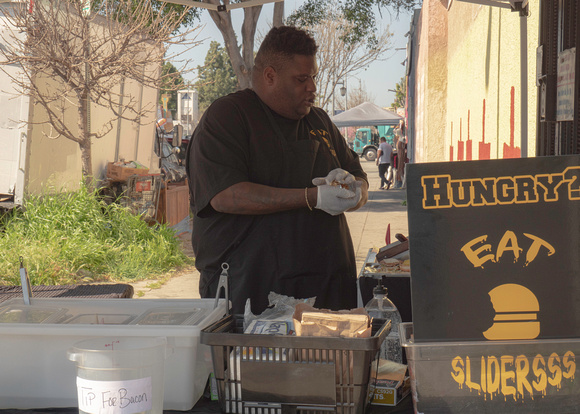 EdwardEdward aka Hamburguesa making a slider. Edward recently set up shop after his grandmother passed away. His grandmother would go to church nearby, his hopes is to connect with the community she was a part of. 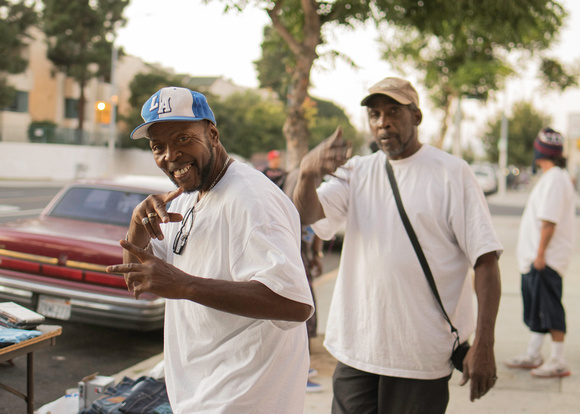 Ice MikeIce Mike is a veteran and original gangster. He daily helps his friends set up shop and vendor on the streets. 2017 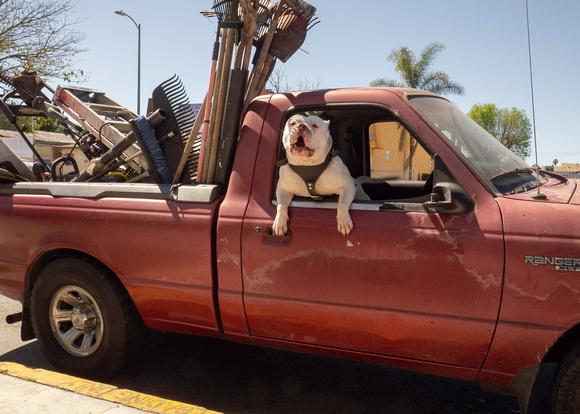 Dog in a gardening truck 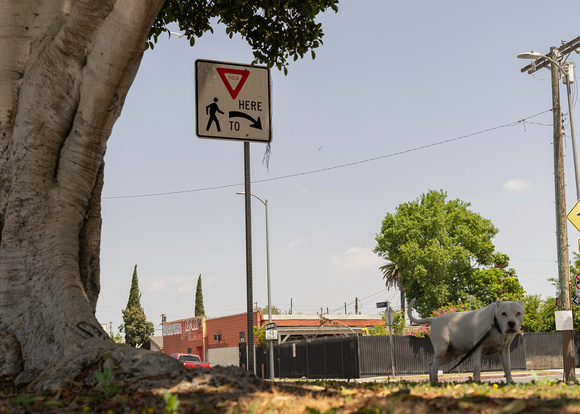 Dog peeing by a treeBroadway has a one mile street divider with trees. Resident use this place for walks and shelter.